Earlier this week, the Norwegian central bank released the annual report for the sovereign wealth fund, which NBIM administers on behalf of the Ministry of Finance. According to the report, the average annual net real rate of return since 1998, i.e. over the last 20 years, has been 4.2%. 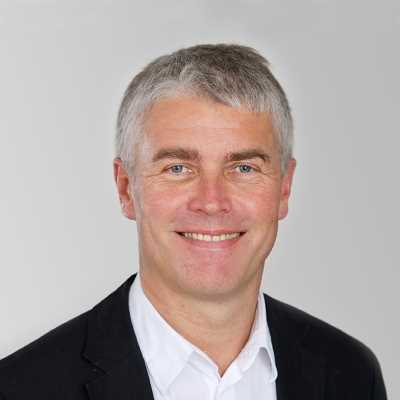 Earlier this week, the Norwegian central bank released the annual report for the sovereign wealth fund, which NBIM administers on behalf of the Ministry of Finance. According to the report, the average annual net real rate of return since 1998, i.e. over the last 20 years, has been 4.2%.

The problem with this figure is that its only straightforward component is NBIM's management fee, which on average has been 0.09% of the fund's assets under management since 1998.

Contrary to what is customary, the sovereign wealth fund's nominal rate of return is not calculated in a base currency. It is instead calculated in a currency basket. The basket, which consists of 34 currencies, is not determined by where the Fund is invested; it is fixed by the reference portfolio's currency composition. Calculated with this basket, the average net nominal rate of return, according to NBIM's annual report, was 6% from 1998 to 2017.

As I see it, this way of calculating the funds rate of return is misleading.

The government owns the fund, and the purpose of the fund is to finance future government expenditure – payments that due to demographics and welfare programs are expected to be higher than future tax revenues.

The government budgets revenues and expenditure in NOK. The king's men deal with foreigners, but their main focus is purchase from, and transfers to, Norwegians. And when they commercially interact with foreigners, they first calculate in NOK, and subsequently, depending upon the terms of the deal, either pay in NOK or purchase foreign exchange in order to settle their deals.

Irrespective of how NBIM's managers internally find it most relevant to measure their performance, the owner's natural base currency is therefore, as I see it, NOK.

In addition, the calculation of the real rate of return must be anchored in the owner's purchasing behaviour. For the relevant question is how much real purchasing power the fund's nominal return gives the government.

Please note that I do not claim that NBIM dupes us. Norges Bank is commendably transparent about its fund management operations.

My point is that the citizens of Norway, whether they live off or pay for the government's expenditure, should understand as fully as possible the ramifications of the sovereign's savings abroad. As such, the arithmetic behind the 4.2% number leaves something to be desired.

Statements reflect the writer's viewpoint at a given time, and this viewpoint may be changed without notice. This article should not be perceived as an offer or recommendation to buy or sell financial instruments. SKAGEN AS does not assume responsibility for direct or indirect loss or expenses incurred through use or understanding of this article.

Over the wall of worry

Global equities recovered strongly in 2019 after the sharp sell-off at the end of 2018, boosted by ... Read the article now arrow_right_alt
More about Macro Economics

Optimism drove the markets in the fourth quarter

In the final quarter of the year, markets were cheered by signs that the manufacturing cycle may ...

Following the Conservative's landslide general election victory and a mandate to finally deliver ...

Safe havens back in vogue

The third quarter of 2019 underlined that we are in a period of slower global growth, mainly driven ...
keyboard_arrow_up

Historical returns are no guarantee for future returns. Future returns will depend, inter alia, on market developments, the fund manager's skill, the fund's risk profile and management fees. The return may become negative as a result of negative price developments.

Get our latest news, analysis and reports delivered straight to your inbox. You can also receive four quarterly reports and other useful information about our funds. By signing up you consent to SKAGEN registering your e-mail address for this purpose. You can unsubscribe at any time by using the link provided in the emails that you receive. More information about how SKAGEN’s personal data policy can be found in our privacy policy.

You are now subscribing to SKAGEN's newsletter
Oops! We have encountered an error. Please try again.